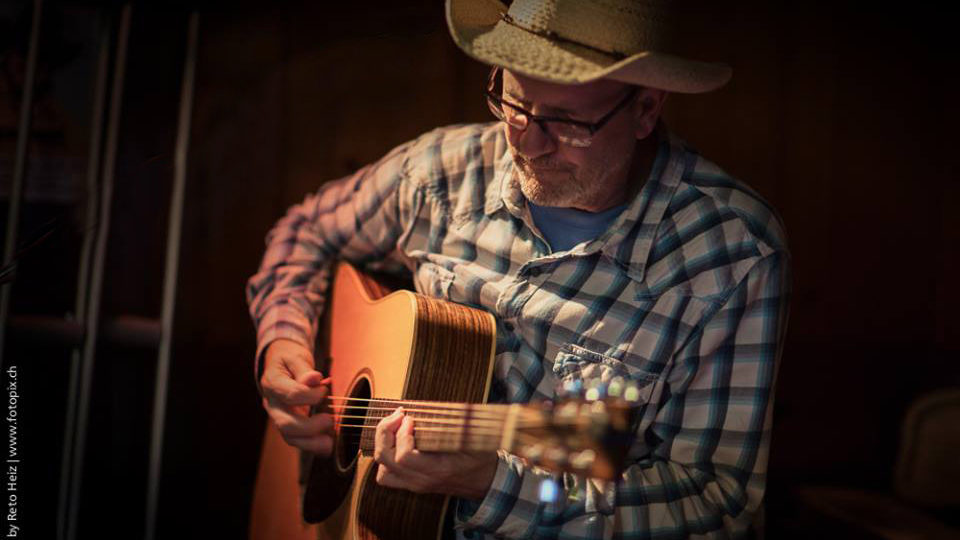 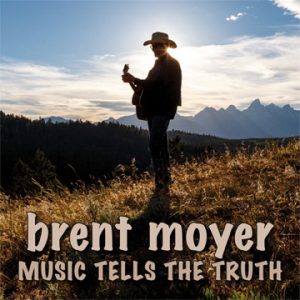 Brent Moyer aka The Global Cowboy, singer/songwriter/actor/musician, releases his newest CD, Music Tells The Truth, on Brambus Records. Raised in the wild west of Wyoming, Brent Moyer was never without a guitar in his hands and a trumpet on his lips. A Berklee College of Music alumni, he has shared the stage with stars like Willie Nelson and Donna Summer; played guitar for Country Music legend Lynn Anderson; was a cast member in the hit Broadway Show, Ring of Fire, the songs of Johnny Cash. As a producer and studio musician, he appears on numerous CD’s and has also recorded 14 albums of original material with his songs being covered by artists in Europe and North America.

It features 12 songs co-written with some of Nashville’s most prolific songwriters; Cathryn Craig and Brian Willoughby (We’re Walking Each Other Home), Anne McCue (Dig Two Graves), Joe Collins (Why Fight It, On Captiva), Reckless Johnny Wales (Music Tells The Truth, Boston To Austin, Dig Two Graves, Kay, Que Pasa), Aaron Raitiere (So Much), Lucas P. Gravel (Easy Side) and John Hadley (Never Too Late, What’s Going On With You, Can’t Get There From Here).

Some highlights feature a beautiful duet with Cathryn Craig and the tasty guitar work of Brian Willoughby on We’re Walking Each Other Home. They also recorded it on their latest CD, In America, which has been getting a lot of airplay in the UK. 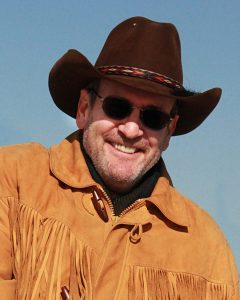 Joe Collins (cuts by Rascal Flatts, Kenny Rogers, Randy Travis, Billy Ray Cyrus) brings his pop savvy-Petty-groove to “Why Fight It” and “On Captiva” that will make you want to stick your toes in the sand and grab a cold one. Check out the video! https://youtu.be/DGnIdmy0oH8

“Dig Two Graves” is a song about revenge. It was the lead off song on Anne McCue’s latest CD, Blue Sky Thinking. She adds her amazing vocal talents as well as her hot gypsy guitar to this track.

Moyer, and his long time friend and co-conspirator, Nashville Rebel-Outlaw-Legend Reckless Johnny Wales, have written some tunes that will take you on a journey through space and time. Along with John Hadley (Waylon Jennings, George Jones, Linda Ronstadt, Garth Brooks, Dixie Chicks) who offers up his songwriting expertise along with Moyer’s musical wit, they rock it up and round out the CD.

This CD sparkles with Moyer’s topnotch production skills and his exquisite guitar prowess. Sit back and relax, get your groove on and enjoy Music Tells The Truth.