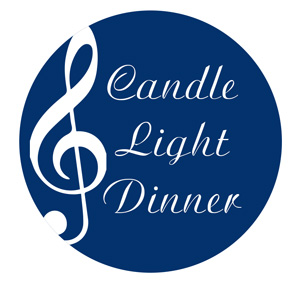 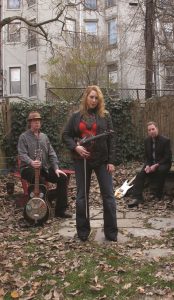 Daisycutter is an all-star Americana band from New York. Usually a 5-piece group, they are touring Europe in December as a trio, in support of their new album “Waiting For The Stars” – performing the same searing mix of indie roots-rock and alt-country edge as the full band, but in a more acoustic setting.

Singer/fiddler/frontwoman Sara Milonovich grew up on a farm in rural northern New York, and was among the last generations to learn the traditional music of the North Country passed down firsthand. She began playing when she was four, and by nine was leading her own band (around the same time she learned to drive a tractor.) She left school at sixteen to hit the road with a bluegrass band, and since then has become a highly sought-after accompanist and collaborator with many artists in the bluegrass, folk, rock, americana, and celtic music worlds, and has performed and recorded throughout North and South America, Europe and beyond.

Guitarist and banjo player Boo Reiners is the son of a preacher from Richmond, Virginia. Since moving to New York, he has been an in-demand sideman in the rock, bluegrass, R&B, country, and jazz scenes, playing with artists such as Dispatch, Phil Lesh of the Grateful Dead, She & Him, Al Kooper, and Pete Seeger. He is also leader of The Demolition String Band.

Multi-instrumentalist Greg Anderson is from the musical melting pot of New York City. He spent 10 years as guitarist in famed Irish fiddler Eileen Ivers’ band, and has worked with countless other renowned artists in (and on the edges of) different folk, celtic, and world music traditions. Also a veteran of NYC’s ‘downtown’ music scene, he played with many artists in rock, jazz, and contemporary music, including avant-rock group Doctor Nerve and Grammy-winning band The Klezmatics. He is also a sought-after producer and arranger.

They are among the new crop of Americana artists who combine a wide-screen city view with a bracing dose of rural realism – truly New York’s musical melting pot in action!